Know everything about Kidney Cancer

Kidney Cancer, also known as renal cancer is a type of cancer which forms tumours in different parts of Kidneys.

Almost all kidney cancers initially appear in the lining of tiny tubes of the Kidney and such kidney cancer is called renal cell carcinoma. The good thing about this cancer is that it can be detected earlier than any other type of cancer, and hence it’s spreading can be stopped. But even in the case of kidney cancer, tumours may grow large before it is detected.

The main job of Kidneys is to purify the blood by filtering harmful substances and to make urine. Thus any urine related problem can be early signs of kidney cancer. Just like any other form of cancer, even kidney cancers have some stages.

There are various stages of Kidney Cancer. As the steps grow, Kidney Cancer becomes more dangerous. The stages are –

A tumour is smaller than 7, which are only in the Kidney.

A tumour is equal to or larger than 7, which are only in the Kidney.

A tumour that is present in Kidneys main blood vessel and is also in nearby lymph nodes.

A tumour that has developed until the fatty tissue around the Kidney and may also involve nearby lymph nodes.

In Stage IV, the cancer spreads beyond the fatty layer of tissue around the Kidney.

Cancer may have spread to other vital organs of the body, such as the bowel, pancreas or lungs.

Symptoms of kidney cancer may not appear in the lower stages, but signs may be seen when the tumour grows larger. These may be symptoms that one can have Kidney Cancer:

The doctor may predict about the kidney cancer by looking at the symptoms like high blood pressure, blood in urine, kidney problems but to confirm the case of kidney cancer, the patient will need to go through various physical exam, health history, and tests.

There are many tests for kidney cancer. Some of them are as follows:

Although biopsy is not much required in the cases of kidney cancer, it might be used in very few cases. Once the Kidney Cancer is diagnosed, the doctor may look for the stage of kidney cancer. The stages of Kidney cancer can be known by looking at the areas it has spread. If it is inside the Kidney than the stage may be lower, but if the tumour has spread outside the Kidney and to the other parts of the body, then this may be the higher stage of Kidney cancer. But if the tumour has metastasized than tests such as a CT scan or MRI, a chest X-ray, a bone scan can be done to check whether the cancer has spread to which following part of the body. These tests will help in determining the stage of Kidney Cancer.

Once a person has been diagnosed with Kidney cancer and its levels are known than the cure for the disease can be planned by the doctor. The doctor may refer the patient to an expert. Specialists may include an urologist, a medical or radiation oncologist, or a surgeon.

There are various types of treatment for kidney cancer. In most cases of Kidney cancer, surgery is the first step. Surgery may remove the entire tumor, but it is suggested for some additional treatment to kill the remaining cancer cells. 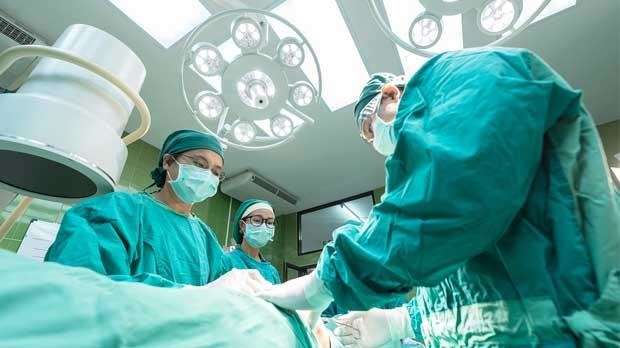 There are some types of surgeries available for cancer. But the operations to be used depending on the level and type of tumour:

If the tumour is just spread to one kidney, then removal of that Kidney by surgery is an option. Because one can survive with one of Kidney, but if the cancer has spread to both the kidneys than a kidney transplant is an option if there is an availability of a donor.

The best way to curb cancer is by maintaining a healthy lifestyle. Although doctors don’t know the causes of kidney cancer, so it’s not very clear how to avoid the disease. Only general suggestions to prevent this disease is given like adopting a healthy lifestyle, exercising daily, leaving such habits that cause harm to kidneys. But looking at the cause of Kidney cancer and reducing such practices, we can limit the possibility of Kidney cancer to some extent.

Changes such as – to quit smoking, avoiding intake of tobacco, maintaining a healthy weight, managing blood pressure and avoiding the overdose of painkillers, eating healthy can reduce the possibility of Kidney Cancer.

Kidney cancer, like any cancer, is caused due to unhealthy lifestyle or is genetic. So, it’s necessary to adopt a healthy lifestyle of living, which can reduce the chances of this disease to a large extent, especially for those whose family does not have a history of Kidney cancer. People after 40 years of age should go for regular body check-ups, which can help stop the tumour from growing at an early stage. Even after if someone has been diagnosed with Kidney Cancer than there are many surgeries and therapies available in the medical field, which might help in removing the Cancer tissues from the affected region. So Kidney cancer should be dealt with hope as there are many cases where people have fought with it and are now living happily.

Are you also looking for Kidney Cancer treatment? Well, visit Dr. Vikas Goswami clinic and help your near and dear ones to treat their cancer effectively.

What Is A Dental Night Guard For And Do You Need One?

Turn Your Passion for Yoga into a Good Career

Should Athletes Use HMB for Better Performance?

The Perfect Blend of Health with CBD Oil

Turn Your Passion for Yoga into a Good Career

Want to be more productive? Try skipping the schedule